The Art of Leadership
Newsletter

Companies around the world who invest in their leaders through coaching have always been looking for ways to track and measure the return on that investment. Now the digital technology that supports coaching has finally caught up, and we’re thrilled to be a part of that story.

A San Diego-based technology company called CoachLogix, whose client list includes the likes of LinkedIn, Walmart, and the Mayo Clinic in the United States, is now entering the Australian and Asian markets with their digital platform.  We’ve been so impressed with it, we’ve made a substantial investment in the company.  We believe the digital platform is a game-changer – in a world where digital technology will augment the human experience into the future. In our blog, Alex Pascal (PhD), the founder of CoachLogix, explains why.

Don’t forget that the Perspectives on Leadership for Women Program is fast approaching in Brisbane. Run across two days plus two one-on-one coaching sessions to further embed the learnings from the workshops – this program allows female leaders to really develop their personal leadership style. More information can be found below.

How technology will enhance the human connection in coaching 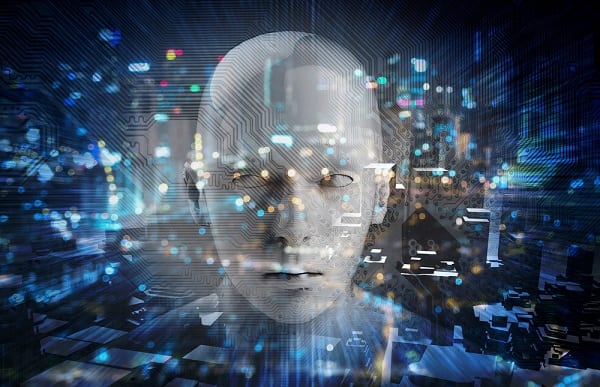 Eliza, the world’s first chatbot therapist, was developed in the ‘swinging 60s’ by computer scientists who wanted to prove that conversation between humans and machines would remain merely superficial. To their astonishment, they discovered they were wrong.

Instead of treating the software as inanimate, users started attributing human feelings to Eliza  – even though the chatbot’s responses were little more than basic pattern matching, rephrasing and repeating back what had been input, with regular prompts such as “tell me more” and “I see”.

The creator, Joseph Weizenbaum, found that even his secretary asked him to leave the room so she and Eliza could have a private chat.

What Eliza demonstrated was that humans were more open to confiding in robots than expected. Fifty years on, chatbots that simulate human conversation are commonplace in business. You can now install apps on your phone that offer chatbot therapy, and the technology is sure to revolutionise coaching services.

The artificial intelligence and machine learning in bots will assist human coaches, making interactions with clients more targeted and effective.

Will machines replace the executive coach? Not for the foreseeable future. At some stage, technology is expected to produce ‘super intelligence’ – a point known as ‘singularity’ triggering runaway technological growth, resulting in unfathomable changes to human civilisation. At that point, who knows what will happen?

In the meantime, human-to-human coaching will be supplemented and enhanced by technology, fine-tuning the matching of people with their coaches, getting the skills and chemistry right. Technology will also scale coaching services to all levels of organisations and to companies that previously could not afford it.

Over the next five years, this blended approach may see chatbots answering questions between scheduled human-to-human sessions. Coaches can follow-up and supervise, but coaching providers will effectively offer an on-demand hands-on coaching service.

By introducing technology into a very people-centric process, it can be used as a tool to enhance the human connection.

Bots will coach the coaches, analysing sessions and pointing out where improvements can be made – such as missed opportunities to ask better questions. They will also give access to resources which are specific to the issues being discussed in the session.

Employers will get greater oversight of their coaching programs, thanks to an improved collection and analysis of data. At present, organisations with coaching budgets worth millions of dollars are still managing them by spreadsheet. They may collect basic data, but it is difficult to collect and keep track of and cannot be used strategically.

The right kind of technology can standardise the process of coaching, while tracking the progress of individuals.

A universe of data

Without extensive collection and analysis of data, it is often difficult to know what works in coaching. However, by recently surveying and analysing the data on our CoachLogix platform, a client realised that executives who were at risk of leaving the organisation were 80 per cent less likely to quit when they had received coaching. It is a powerful use of technology and the client saw that the return on their investment in coaching was tremendous.

Data can be collected from hundreds of thousands of coaching relationships across time such as the profiles of the coach and coachee, how long they have worked together, what assessments they used, how they were measured and their progress, what the feedback was from their manager, peers and their direct reports.

Once you are in a universe of data that has this kind of information, you can learn a lot more about how coaches could and should be used. Eventually, you could have a bot with access to billions of data points.

Many companies already collect and analyse data about many things, but using Big Data for coaching is a new development. But as these type of technologies become more accessible, and the computing power continues to increase, I think possibilities for coaching are endless. 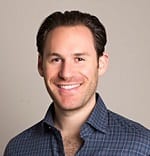 Meet Dr Alex Pascal
We are hosting a series of Insights sessions with Alex during his visit to Australia in late October. Alex brings his unique combination of being an experienced coach, plus entrepreneur, and will share his perspective on technology and the future of coaching.

With a practical hands-on approach and focus on personal presence and communication, resilience, and change and complexity, return to your workplace at the conclusion of our 2-day Perspectives on Leadership for Women program with increased confidence to address challenges and make an impact. With the added bonus of two follow up individual executive coaching sessions, know you have the support you need to take your next steps to leadership. 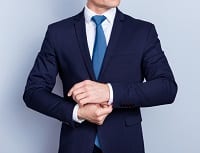 Our executive presence and impact workshop empowers you to foster your authentic leadership presence, develop your confidence, and become more influential. It enables you to recognise and overcome your roadblocks to success.

“AI is like the steam engine, electricity or computers. All of these technologies created uncertainty in the beginning and lots of new jobs in the end.” Says Ambros Scope, Head of Future Workforce Engineering, AXA. How will it be embedded in HR?
____________________

“I would say that artificial intelligence, chatbots, video, and virtual and augmented reality will significantly change learning in the years ahead.” Josh Bersin discusses some of the challenges and opportunities around the future of learning.
_______________________

Investing in digital technology is a key strategy for many businesses, but what do executives need to know to ensure successful adoption?  Hear from three digital experts as they discuss the most pressing questions about digital transformation. 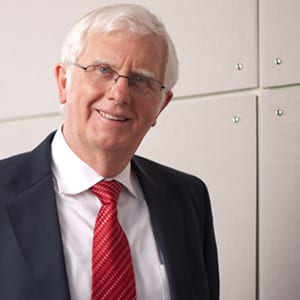 This month in ‘Meet our Team’ … Meet Phillip Hart.

Tell me a little about the industries and/or areas you specialise in?

Mining, transport, government, Not for Profits and technology. I have a diverse range of experience. The problems facing executives in today’s organisations are universal and the specialty of the coach is not important.

Tell me how you first became involved in the coaching/mentoring space?

As a CEO and chair of boards, the need for coaching was becoming obvious. When given the opportunity to join the Peter Stephenson Partnership (which was later acquired by the Mansell Group to become the Stephenson Mansell Group) I took it.

What has surprised you most about working as a coach/mentor?

The needs of leaders are similar irrespective of the type of industry or organisation in which they work.

What do you find most challenging about being a coach/mentor?

Maintaining the focus on the coachee and not “telling” her/him what to do.

Is there any advice you would give to someone who is progressing their career towards a key leadership role?

Listen, be respectful, take responsibility, be accountable and be tough on issues of principle.

Did you have any key mentors or people who deeply influenced who you are, what you believe in and what you’re committed to in your work and life?  Tell me about them.

Yes, a General Manager who demonstrated how to develop trust within their team and how to use that trust for the development of the organisation and personal development.  I was able to see “the speed of trust”.

From a Chairman, I learned the benefits of thoroughly understanding an issue, involving those who could help, and how to present material to a board.

As you know we are always growing and learning. Is there any one thing you would like to take the time to learn more about?

The political system of NSW and Australia and how to influence elected representatives.

What are some of your passions outside of the office?

Keeping up with a wide cross section of friends which influences my fitness activities, travel, music, theater and family.

What might someone be surprised to know about you?

I thoroughly enjoy walking and have completed the Kokoda trail and a number of New Zealand walks.

Where will we find you on your days off?

Probably walking in a park with a grandchild

My greatest inspiration is my mother who did not have the benefits of education but had an extraordinary capacity to think, and used this in every situation.

The greatest lesson I learned was that telling the truth was a good strategy not a value, and I learned it when I was about 18 years old.